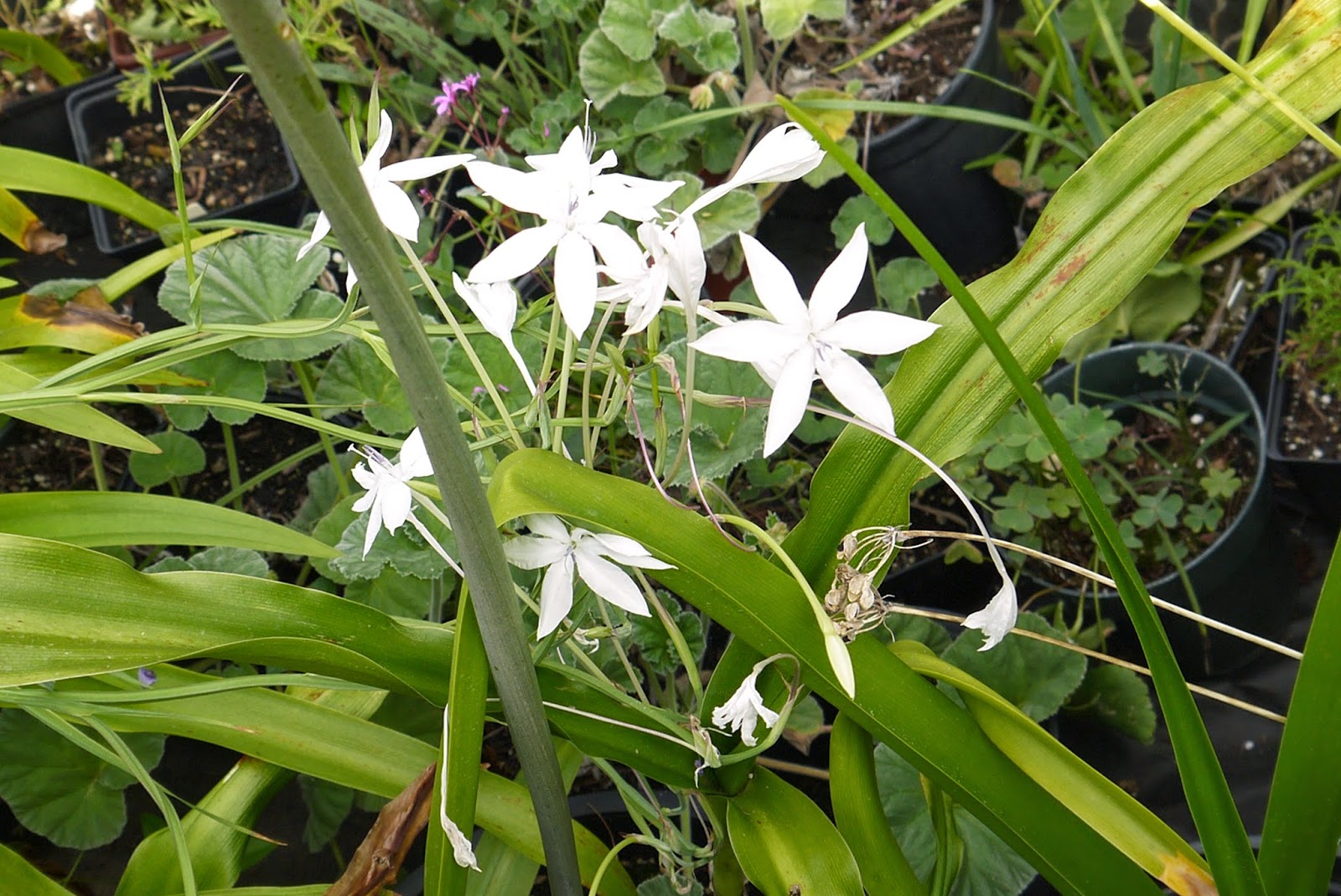 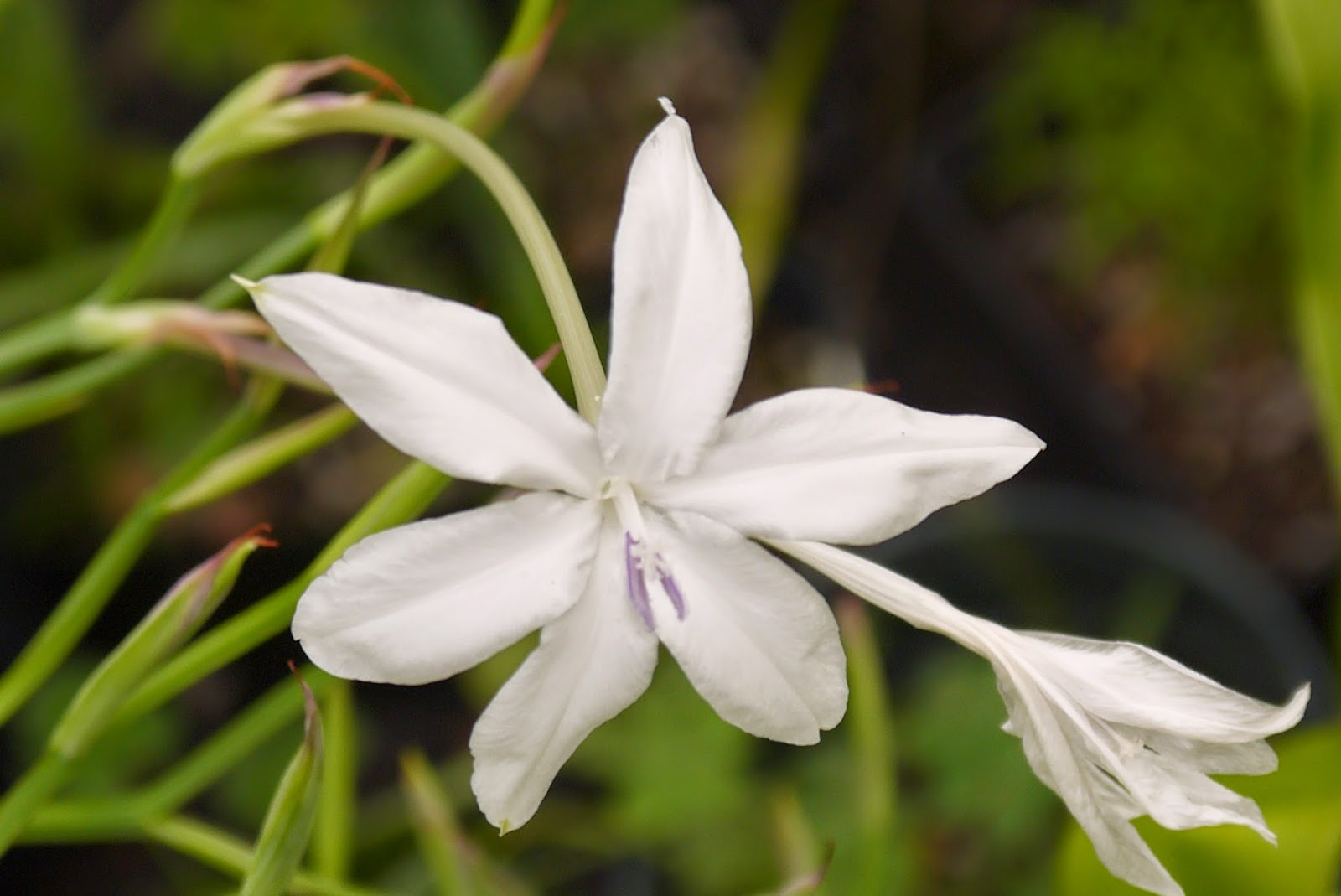 Lapeirousia is a primarily South African genus with the vast majority of species being winter growers from the Cape Province.  Many of these are exquisite little gems, easily managed in Mediterranean climates or in cool greenhouses, or in my case, under lights with some sun in a cool garage.  There are some outliers in the genus that range up into Namibia, eastern South Africa, Zimbabwe and a bit further.  These are summer growing and are thus easier to manage as pot plants here in New York.  They simply are taken out in spring and watered, they bloom in late summer, and then are brought inside to dry off before the weather gets too cold and rainy in fall.   I have grown L schimperi for several years and it multiplies readily by corm division and some corms even form at the base of the stem.  It sets seed readily though I do sometimes hand pollinate it as well.  The white flowers last but a day or so, but they keep coming over a long period of time in August.
L. saundersonii is a much smaller plant, but not small by lapeirousia standards, perhaps a foot in height.  It makes a myriad of small blue flowers and also blooms for quite a while.  I understand that red and possibly other color forms exist in Zimbabwe and would dearly love to get a hold of those one day.
I also have L. otaviensis from Namibia coming along.  It is still too small to bloom but should have white flowers when it reaches maturity.  There are a few other lapeirousia species that bloom in summer, most of them from Zimbabwe, and any of them would be wonderful to grow in pots if and when they enter cultivation.   In warmer climates such as down south they might do well in the ground, however they tend to dislike cold and wet at the same time so only experience will determine exactly where in the US they can be grown outside. ﻿