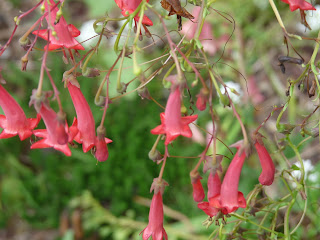 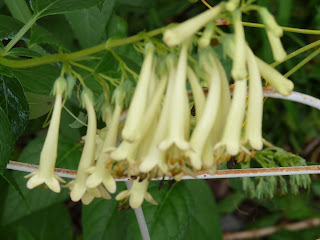 Phygelius consists of two species, capensis and aequalis, both of which are found in summer rainfall areas of Natal and the eastern Cape.  They have been crossed to create a variety of hybrids, all of which are pretty much cold hardy in the NYC area.  In mild winters they may not fully die back, in rougher winters they do die back then resprout.  They can sucker in some cases, and flower for a long period of time.   I have planted several cvs in the school garden, some are big, others still small in their second year, it seems the size of the plant I started with does affect how fast they grew (they came from different sources).  They can be propagated by cuttings and are a favorite of hummingbirds.
I also want to announce a new forum, created by Jonathan Mejia and myself (well Jonathan is really the technical wiz behind the forum's workings, I'm less computer literate having not grown up with them) for South African plant aficionados who want to grow them in temperate zones (Z7 and lower).  Check it out at http://zone7southafrica.proboards.com/
Posted by geranios at 8:42 AM 3 comments: